Start your own Mobile Product Portfolio
Get a Free Account!
Create a team for your brand! 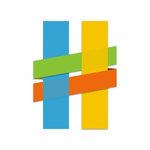 Dish Network and CBS agreed to a new multi-year contract, ending a blackout that would have left millions of satellite-TV subscribers without the nation's most-watched network and its popular football programming.

The agreement, which does not include online channels on Dish's Sling TV, allows Dish to use CBS content across various U.S. cities, according to a statement late Thursday. No financial details where provided. CBS and its local stations in 18 cities were pulled from Dish's service late Monday after failing to agree on a price that Dish would pay to carry the broadcast network.